Nastassia Davis reported that the conference focused heavily on equity. Dr. Jan Murray Garcia addressed cultural humility which allowed attendees to discuss their biases. Kimarie Buggs from ROSE shared her organization’s efforts to build bridges with outside organizations to improve breastfeeding care through the CHAMPS program focusing on several southern states.  She also attended a session on college students’ lack of pumping accommodations.  The presentations about equity for indigenous groups were “phenomenal.”  Lourdes Santaballa gave a moving presentation about breastfeeding needs post-Hurricane Maria.

Kay reported that the focus of a keynote was distinguishing “cultural humility” from “cultural competence”.  New terms are being used such as “minoritorized population”.  Dr. Jan Murray Garcia also discussed the “scripts” containing cultural stereotypes are often used and she urged participants to “interrupt the scripts.”

Nastassia’s priority for the NJBC is to move beyond conversations on equity to action.   Members of the community being served should be leading action on solutions.  Kay’s priority is to continue to increase diversity and inclusion in the NJBC general membership and in the Board of Trustees.  She shared some of the text of nonprofit application stating that increasing diversity of membership is a priority of NJBC.

Committee Reports were given during New Business discussion.

-Yarrow Willman-Cole:  On 10/29/18, all NJ employees, including undocumented persons, will now get 5 earned sick days/year due to recent legislation.  Expansion of NJ Family Leave may be moving forward soon.

-Tamiya Griffin is working to expand breastfeeding knowledge throughout the state, especially to help African American women, through education of community doulas.
-Lisa D’Amico is working in the Healthy Women/Healthy Families initiative to establish breastfeeding support groups in the African American community in the NJ.
-Jessica Libove is seeking help for WIC peer counselors who are seeking further lactation education.
-Mary Turbek reported that breastfeeding has become a higher priority of the NJ Dept of Health, which is increasing its focus on black infant mortality.
-Ann Mruk shared information on the NJ AWHONN conference on 10/25 in Edison.
-Helen Pierman shared that Our Lady of Lourdes Medical Center is having CLC training sessions.
-Amy Gole discussed Atlantic Health System’s successful conference on 10/1/18 and the Partnership for Maternal Child Health’s upcoming conference on 10/24/18.  There are still 10 seats left.
-Carmen Clark attended the conference of the International Consortium of Oral Ankylofrenula Professionals in Toronto and viewed a documentary from India about the lifelong impact of infant tongue tie on both mother and child.

-John Worobey shared the results of NJBC membership study which showed that 53% of members are from central Jersey, 33% are from north Jersey and 12% are from south Jersey.

-Nastassia Davis stated that the Perinatal Health Equity Foundation received a grant from the Partnership for Maternal Child Health to start breastfeeding support groups for African American women in Paterson and Jersey City.  She also reported on the Foundation’s successful Black Breastfeeding Week event held in Newark on Aug. 26, 2018.

-Florence Rotondo reported on her work in establishing lactation rooms in government buildings in Trenton. She also discussed the recent CDC Breastfeeding Report Card that shows a high rate of formula supplementation in the NJ’s hospitals.

-Ellen Maughan updated members on the movement of bills that would require lactation locations in public buildings and on school districts to report their lactation policies to the NJ Dept of Education. Also the Maternity Report Card bill was signed into law.

-Kay shared information from Healthy Children’s recent ranking of NJ in 4th place for breastfeeding support. Members indicated that this ranking was likely incorrect and not supported by recent information.  She also announced that Kaaba Chenault will be representing the NJBC at the next NJ PRAMS meeting.

Kay announced that the Trustees will be working on the dates for next year’s general membership meeting.

Your membership will help protect, promote, and support breastfeeding in New Jersey. To join the Coalition, please complete our membership form online or complete a paper copy of the form and mail it to the address on the form. We are a non-profit and flourish on donations. You can submit donations using the Paypal "DONATE" button. … END_OF_DOCUMENT_TOKEN_TO_BE_REPLACED 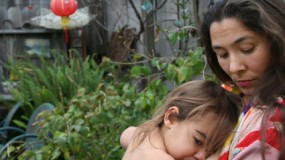 If you are looking for breastfeeding help, please visit zipmilk.org for a list of … END_OF_DOCUMENT_TOKEN_TO_BE_REPLACED

​Many breastfeeding women are wrongly advised to stop taking necessary medications or to discontinue nursing because of potential harmful effects on their infants. There are few medications that are “not safe” when breastfeeding. Ask your local lactation consultant then consult with your healthcare provider.

Getting Off to a Good Start